A house built with straw and mud sustains Lee

BUILDER Lee Hunter knew central Victoria had the ingredients to create a sustainable lifestyle and build a straw and mud brick house.

Lee’s 48ha Strathlea property has dams, self-replacing native forest to provide wood for fuel and the area is a goldmine for his favorite building material – dirt.

He bought the land in 2003 and by 2006 he had built his two storey compressed straw modular panel and internal mud brick wall house.

With its own solar energy and waste management systems it is set well back from the road near two dams fringed with gum trees.

An upper floor has a spacious bedroom with an external deck and a variety of different size double glazed windows for the views and natural light.

On the ground floor the house has doors and double glazed windows on both north and south facing walls for cross ventilation.

There are quirky design features like the small staircase leading to the upstairs bedroom and the Stanley combustion stove that dominates the main living area. The stove is also a water heater.

A galley kitchen off the main living room has a five-burner oven and a refrigerator, both on LPG gas.

At the eastern end of house are the wet areas of laundry, toilet and bathroom.

An A and A Company worm farm waste disposal system takes all Lee’s grey water, sewage and organic waste and converts it into a liquid fertiliser that is dispersed via underground pipes. With an estimated maximum power daily load use of about 600 watts Lee installed a modest solar array but has a 1.6 kilowatt inverter so he can increase his power.

Durra panels made of wheat or rice straw

Ortech’s website states its Durra panels are made of wheat or rice straw fibres.

A natural polymer in the straw is released during the process and a water-based PVA glue is used to enclose the core with a durable recycled paper liner. The company says this process produces zero toxic waste.

Durra panels are load bearing but the house has also been made stronger with metal straps attached to the uprights that hold the panels that are tied into the mud bricks.

Inside Lee’s home most of the exposed walls are mud brick to take advantage of mother earth’s natural insulation properties.

Clay and rubble materials for the mud bricks was sourced from a nearby town called Bealiba and were bagged with mud from his dam.

To bag the internal walls Lee wet the mud bricks then applied the mud render with a brush. How to make a Straw Bale house and get insulated

Looking at the home’s walls from the inside to the outside, first comes the mud bricks that weigh 17 kilograms each and measure 37cm long, 25cm wide and 11cm deep. Behind the mud brick wall is a 40mm cavity and then the Durra panels. The panels slot into H-section metal rails on each side and sit in a U-section rail at footing level.

The Durra panel is blanketed with builder’s foil insulation wrap and the exterior part of Lee’s house is a rendered Blue board*.

Gable end walls upstairs are the same construction as downstairs except for the rear wall that has been finished with plasterboard.

When I arrived at Lee’s house it had been a 30 degree plus Celsius day but inside Lee’s home the temperature consistently hovered around 20 degrees.

“I don’t know what insulation rating is but I know it’s usually between 10 and 12 degrees cooler in here on warm days,” Lee said.

Lee has been in the building trade since he began a five-year apprenticeship as a 16-year-old when he learned to build conventional homes.

After living in northern NSW he learned from people sharing his alternative lifestyle how to use mud to build bricks for houses.

More research ultimately led to him make his own mud bricks and build a 6 metre by 2 metre cabin with a 2 metre ceiling at Ruffy in the Strathbogie Ranges.

“I would have to say mud is a valuable building material because it is available to everyone,” Lee said.

“It’s in the ground if you have got the backbone to use it – it’s cheap, it’s everywhere.”

*Blue board is a cement sheet with a blue water resistant film on it. Life in the straw: Lee Hunter knew Strathlea in central Victoria had the raw materials he needed to maintain a sustainable lifestyle and to help build his two storey straw panel and mud brick house.

Simon Pinder
The founder of Farm Real Estate, Simon Pinder, worked as a metropolitan, rural and regional journalist for almost 20 years. In his professional career Simon reported extensively on rural property issue at both state and national levels. He has also covered residential and financial investment issues in his career.
Previous Post Look Mum no bills Next Post How to Value a Farmland Lease 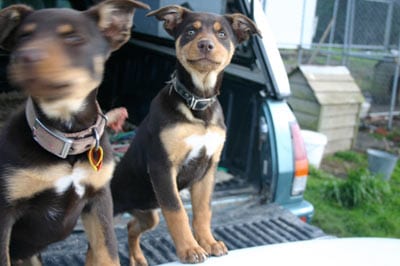 Going Up the Country

November 22, 2013
Country Life
BUYING rural land to build a country lifestyle for yourself requires more specialised knowledge compared to purchasing a residential property. If you buy an established rural property with an existing house and other structural improvements then a thorough expert inspection…
Read More

May 22, 2012
Green House
ON BLACK Saturday February 2009 bushfires and 45 degree heat seared Victoria but inside John Morgan’s energy efficient home at Lexton it was 33.9C. The energy efficient principles built into this northwest Victorian home means a comfortable temperature is possible…
Read More
You must be logged in to post a comment.